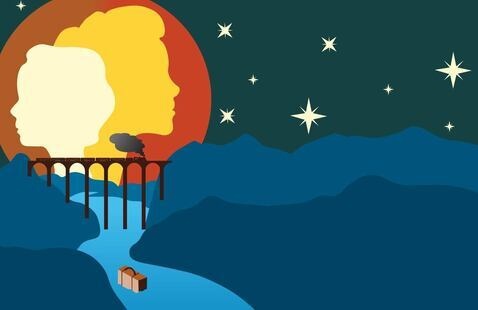 Canady Creative Arts Center, Lyell B. Clay Concert Theatre View map $25
Add to calendar
Save to Google Calendar Save to iCal Save to Outlook

https://theatre.wvu.edu/our-season
View map
Add to calendar
Save to Google Calendar Save to iCal Save to Outlook

Inspired by a true event, Bright Star tells a sweeping tale of love, resilience, and redemption set against the backdrop of the Blue Ridge Mountains in the 1920s and ’40s. When literary editor Alice Murphy meets a young soldier just home from World War II, he awakens her longing for the child she once lost. Haunted by their unique connection, Alice sets out on a journey to understand her past—and what she finds has the power to transform both of their lives. Featuring a beautiful bluegrass score by Steve Martin and Edie Brickell and characters that tug at your heartstrings, Bright Star is an uplifting tale of hope in the face of great adversity.

Inclusivity Statement: Bright Star follows the remarkable journey of its central female protagonist Alice Murphy as she confronts the ghosts of her past and uncovers a shocking secret that transforms her life. In a time and place where men are constantly trying to control her decisions, Alice forges ahead to not let her past determine her future. Though this production is a period-piece that takes place in the rural South, every effort will be made to push the boundaries of its traditionally white-washed production history – keeping casting open to all.