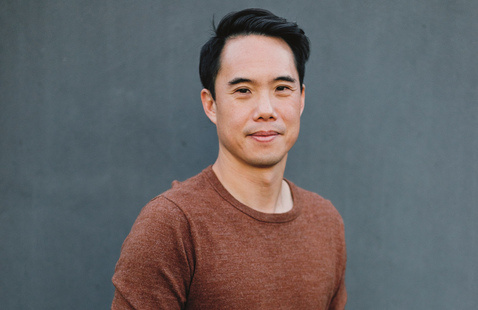 As part of the 2022 Hardesty Festival of Ideas, CHARLES YU, author of the WVU Campus Read “Interior Chinatown" will discuss his inventive novel, which interrogates such topics as race, pop culture, immigration, assimilation, and escaping the roles we are forced to play.

CHARLES YU is the author of four books, including Interior Chinatown (the winner of the 2020 National Book Award for fiction), and the novel How to Live Safely in a Science Fictional Universe (a New York Times Notable Book and a Time magazine best book of the year). He received the National Book Foundation's 5 Under 35 Award and was nominated for two Writers Guild of America Awards for his work on the HBO series, Westworld. He has also written for shows on FX, AMC, and HBO. His fiction and nonfiction have appeared in The New Yorker, The New York Times, The Wall Street Journal, and Wired, among other publications. Together with TaiwaneseAmerican.org, he established the Betty L. Yu and Jin C. Yu Writing Prizes, in honor of his parents.

This event is co-sponsored by the WVU Humanities Center, which oversees selection, academic programming, and other aspects of the WVU Campus Read.

Questions for the speaker can be emailed in advance of the event to festivalofideas@mail.wvu.edu.

Registration is required for this event. Click the link below to register.